Hours before the Sony Computer Entertainement Japan/Asia pre-Tokyo Game Show conference, it was easy to assume that this would be what we’ve come to expect from anything regarding TGS in recent years – a bunch of announcement solely dedicated to the Asian market, and nothing at all to gleam for us westerners. The one bit of optimism we all had was that it was the first time Japan would be talking about PS4, and that was it, and we’d all get a bit of a laugh out of the insane titles that would be making their way to Asian audiences soonish. How wrong we all were.

To begin with, Sony had a LOT of hardware to talk about, kicking the show off with the announcement of a redesigned Playstation Vita. It’s a smaller and thinner version of the console,  has an hour extra battery life, and has an inbuilt 1GB of storage. And in true Japanese handheld gaming tradition, it also comes in numerous colours. The one bit of contention is that it features an LCD screen instead of an OLED screen, but it’s still uncertain if this was a translation error. Either way, the system will be out on the 10th of October, retailing for 18,980 Yen ($207AUD), with what appears to be a Wi-Fi only version to be sold. Though if you’re still after the original version of the system, don’t fret – that’ll still be on sale and still produced for the foreseeable future. 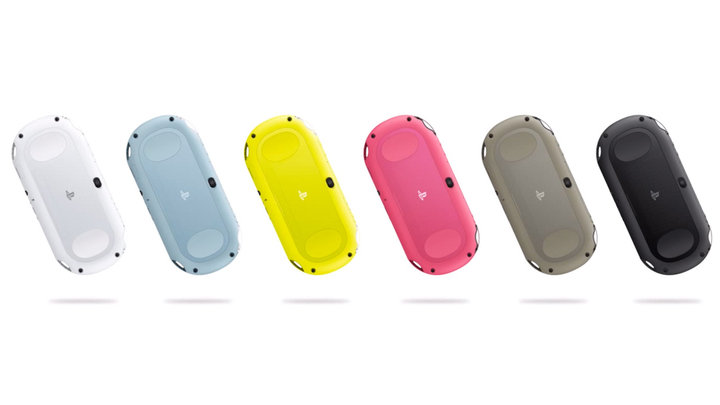 The next bit of hardware news saw the surprising revelation that the Playstation 4 will be released on February 22nd, retailing for 39,980 Yen ($437 AUD), but will come with a free copy of PS4 launch title Knack, and a one year warranty. The three SCE disc-based launch titles for the system were also confirmed, including Killzone: Shadow Fall, DriveClub and inFamous: Second Son – the latter of which falling in line with the rest of the world. But believe it or not, that wasn’t the most surprising bit of hardware news. That surprise was the show closer, a repurporsed version of Playstation Vita hardware in the form of PS Vita TV.

Effectively, it’s a Playstation Vita in the form of a media box – allowing you to play PS1/PSP and PS Vita games on your TV, browse a large number of media content and via a future software update, use it as a remote play box for PS4 games. It’ll require a PS Vita memory card (now lower priced, and a 64GB version was introduced!), and hits Japan on  November 14th, retailing for 9,954 yen ($109 AUD).

Following all that, the game side was also packed with some interesting announcements and demos. Vita wise, aside from various ports and harem games, saw the announcements of Soul Sacrifice Delta, an expansion/sequel to Soul Sacrifice, and Phantasy Star Nova; a collaboration between Sega and famed RPG developer Tri-Ace. Samurai Warriors 4 was also quickly announced, but that’s just about it. All of these titles are hitting next year. Sony also reaffirmed that there’s a great selection of PS3 games coming this year before moving onto the PS4 and showcasing quite a few game announcements and re-confirmations.

Games such as Guilty Gear Xrd Sign, Dynasty Warriors 8 Xtreme Legends and Final Fantasy XIV were confirmed for PS4, the latter two confirmed to have various upgrading options for PS3 users. There were also a few cross generation titles announced, including Kadokawa Games SRPG Natural Doctrine, and Sega’s Yakuza Ishin – the latter of which confirmed to launch on the same day as the PS4. We also saw the first gameplay for Capcom’s DeepDown, which is looking to be rather intriguing. As for completely new games, one of the more surprising announcements was Lily Bergamo by Grasshopper Manufacture, and the first title from the company since their acquisition by GungHo Entertainment. Otherwise, the rest of the new titles were quick teases – such as Namco announcing the logos for a new Idolmaster and Mobile Suit Gundam game.

Otherwise, that was pretty much it for the show. A strong showing for Sony with plenty on offer – whether or not most of that makes it overseas is yet to be seen, but definitely one of the stronger showing’s Sony’s had in a while.