I’ll admit, growing up I wasn’t a Sega kid. I was firmly a Nintendo kid, because I didn’t want my games to sound like crap. We didn’t need no fancy add-ons to improve the gameplay experience either! But I do recall playing some Castle of Illusion (starring Mickey Mouse!) at my cousins place a few times, and rather enjoyed it. So imagine my surprise that some 20 years later, Sega and Disney are teaming up to bring a Mega Drive/Master System classic to modern day platforms via a remake of Castle Of Illusion, simply known as…Castle of Illusion.

The game (sourced here via the US Playstation Blog) set to be released on PSN, XBLA and Steam during the middle part of the year, is looking pretty stunning. While the game is now a hybrid of 2D and 3D, it doesn’t look like it’s missed a beat from its 16-bit past. Sega are claiming that they’re working with the original director of the game, so if anything, they’re at least trying to get the spirit there. Not to mention they’ve also enlisted the talents of one Grant Kirkhope (formerly of Rare) to compose the music to the game. But the most interesting thing about all this? The game is being developed by Sega Studios Australia up in Brisbane. The very same Sega Studios Australia that’ll be shutting down later this year (supposedly in August, claims one source). And to reiterate, in case the screen shots aren’t telling enough, this is not a HD remastering, this is a full-on remake. 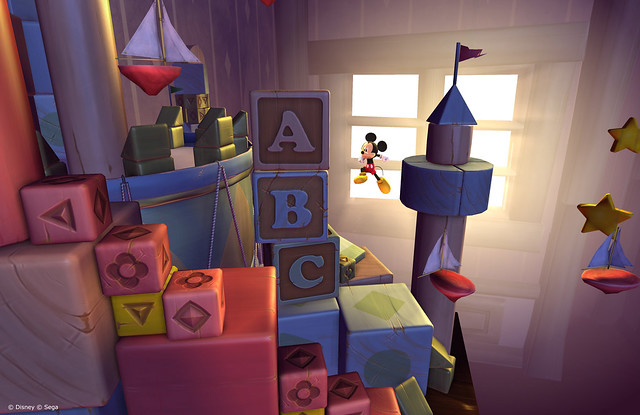 Personally, I’m interested in checking the game out. Especially since I never quite had the nostalgia behind Castle of Illusion that many still seem to have. Though I’m more glad that the game (which subsequently got unofficially announced early via the Australian Classification Board, Steam achievements leaking, plus an Xbox Live Arcade cover art leak) exists, as it’s further showing that Disney are at least trying to work with others in getting their ‘classics’ out. It’s definitely a start, but let’s see where this goes from here.