Skip to content
HomeNewsOpinion – How To Make An Alien

I recently had the displeasure of playing and reviewing Aliens: Colonial Marines. I didn’t like it very much, especially compared to what we’d already seen in the past from Aliens games. Since we filmed that review, there have been a lot of claims that Gearbox contracted TimeGate studios to do the majority of the work. We’re not going to get into that, but it’ll certainly be an interesting story over the next few months to read into.

But I want to use this piece as a means of partially answering a question that I asked at the start of the review: “Just why is it so hard to make a good Aliens game?”

Prior to actually playing Aliens: Colonial Marines, I spent the better part of that week trying to immerse myself with as much Alien-related material that I could get my hands on. This involved rewatching Aliens (which I hadn’t done in years), playing through a bunch of the Aliens games that I had in my collection (which was mostly the last few Aliens Versus Predator games), and even going to the point of reading some of the comic books (mostly the ones that had superheroes fighting against the Aliens and/or Predators).

To begin with, the majority of Aliens games (especially recently) have all been first person shooters. But unlike the majority of, say, James Bond games, the first person perspective and type of action actually works for Aliens. Mostly because of the visceral thrill of “HOLY SHIT THE ALIENS THEY’RE CLAWING OUT MY FACE!!!”. Don’t get me wrong, I do like a lot of the side scroller stuff (big fan of Capcom’s Alien vs. Predator game, plus WayForward’s Aliens: Infestation has its moments), but a first person perspective works rather well.

But what took me mostly aback about Aliens Versus Predator Classic 2000 (the new name for Rebellion’s second AvP game) and even Aliens Versus Predator 2 was just how terrifying they were. In the case of AvPC, you spend almost the entirety of the Marine campaign by yourself. The majority of the levels are dark, and you never know when the Aliens are coming. Or where they’re coming from.

What’s more, you’re never fighting a giant horde of Aliens. At most, it’s usually two or three, which is more than enough to take you down quickly. And they’re constantly using the walls and their speed to their advantage. All you can do is not lose your focus and take advantage of your range to kill them.

These games all succeed because they’re all trying to do their own thing. They’re not trying to integrate into the greater Alien or Predator storylines; they work as good standalone stories. I guess that was part of my problem with the 2010 Aliens vs. Predator game, which tried to weave itself into a greater mythos. It’s also arguably my greatest issue with Aliens: Colonial Marines. 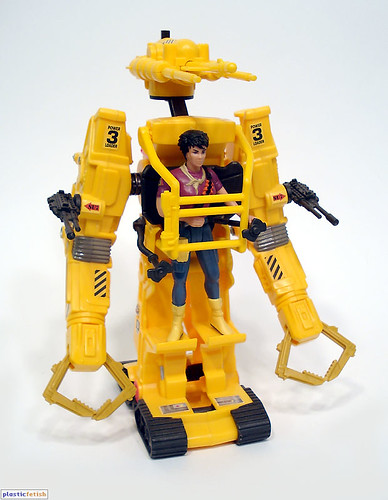 It tries desperately to recreate some of the great moments from the film and fails miserably at them. At one point, you use a Power Loader to take on a giant Alien. But instead of the kick-arse triumphant moment that it was at the conclusion of Aliens, it’s a stunningly awful fight sequence where half the time, it’s unclear whether or not you actually hit the Alien.

But the worst example has to be at games conclusion, where you fight an Alien Queen. I’ve got no problem with that; it’s a recurring theme in a bunch of the games and is always a natural way to end an Aliens story. So how do you fight the Queen? Well, thankfully you don’t engage it in a battle with a Power Loader, because as we previously mentioned, it’d be the worst thing ever (not to mention that it would totally rip-off the end of the film). But instead, you flip a few switches, and you’re done! AND YOU DON’T EVEN KILL THE ALIEN QUEEN!

It’s not hard to make a good Aliens game. Make me fear the Aliens. Make me not want anything to do with them. Don’t try to fit your story into the grand mythos. Just do your own thing and don’t worry about ‘the canon’. And especially don’t think of trying to make a sequel to one of the movies. I’ll take it in any way shape or form, first person shooter or side-scroller, but just follow the above steps and you’re onto a winner.