Hard to think just a matter of weeks ago was E3, wherein Nintendo pretty much shafted the 3DS in terms of news & announcements in lieu of the Wii U. Understandable, but kinda surprising that we didn’t hear too much, save for a vague announcement of “there’s going to be a seperate event later”. That seperate event happened today. Nintendo held another “Nintendo Direct” livestream, in which they revealed a 3DS revision, the 3DS LL, or as it’ll be known here, the 3DS XL.

Much like the DSi XL, the general idea is that it’s a bigger 3DS, for those who have poor eyesight or have big hands. Unfortunately, that’s just about all it really adds – it doesn’t seem like Nintendo will be fixing any of the serious issues that plagued the intial 3DS models. Battery life does get a bump up, but it’s not too drastic (an hour or so), the screens are bigger, but won’t be featuring a second analogue stick. Meaning that if you’ll want that functionality, you’ll have to pick up a Circle Pad Pro XL. Not that they confirmed it, but I’d be real surprised if your already existing CPP’s will work with the XL 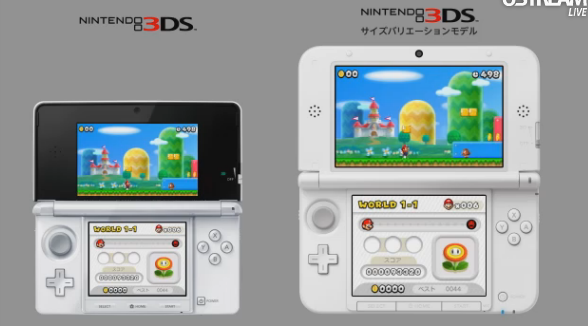 UPDATE: Nintendo Australia have confirmed local 3DS XL launch details. It will be released in Australia on August 23, a month after Japan and Europe, for $249.95. It will be available in Silver + Black, Red + Black and Blue + Black colour schemes.