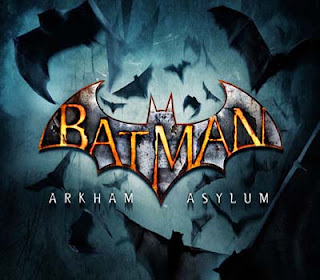 How time flies, eh? It’s been nearly two years since the acclaimed Batman Arkham City, and since then, we haven’t heard a peep out of developer Rocksteady. No hints as to what they’re working on, but plenty of rumours. Depending on who you believe, they’re either working on a Superman game, or a Batman game set in the 60’s. The latter has some truth – it’s a new game, but it’s not quite what you think. And it’s not being worked on by who you’d think. Put simply, WB games announced two new Batman games – Arkham Origins and Arkham Origins: Blackgate.

The news comes via the reveal of the May issue of Game Informer, which details both games in full. We’ll begin with Arkham Origins (sans Blackgate). Firstly, it’s not being developed by Rocksteady. Rather, development duties are being handeled by WB Montreal, whose previous work includes the recently released WiiU port of Arkham City. The setup for Origins is that it’s a prequel to both Asylum and City, wherein players take the reins of a younger Dark Knight on Christmas Eve, as he’s being hunted by both the GCPD and mob boss “The Black Mask”. The Mask has put quite the bounty on the Dark Knight’s head, so it’s up to Batman to find out why the Black Mask is after him, and stop him and the hordes of villains after the bounty.

While it does seem to keep the semi-open world present in Arkham City, WB Montreal are adding some significant changes to the world to make it more than just a retread of familiar ground. For starters, the world is significantly larger than Arkham City, as you’ll be traversing across both Old (wherein Arkham City took place), as well as New Gotham. To help you get across world, the Batwing will have a presence, acting as a contextual means to fast travel.

But should you want to travel across Gotham the old fashioned way, Batman now has a grappling hook that’s described as being very similar to the one in Just Cause 2. Otherwise, there are new systems in play which govern your trust level with the GCPD, methods that allow you to go after a number of villains outside the core story, a brand new challenge system and more. The game’s due to hit October 2013 on the PS3, 360 and WiiU. There wasn’t any word on a PC version, but given the history of that series, it should be hitting later in 2013.

Though weirdly enough, that wasn’t the exciting half of the news. Arkham Origins Blackgate, the portable (PS Vita/3DS) version of Origins I’m finding much more exciting. The game sets you as Batman, following the conclusion of the events in Origins, as he’s sent into the Blackgate Penitentiary to quell a prisoner uprising. Here’s where things get interesting – it’s set to feature a lot of the same combat and stealth mechanics from the console game, wrapped around a Metroidvania style game. To that part, you can save at any point in the game (no save rooms at all, but has a checkpointing system), and the game does encourage some sequence breaking if you can pull it off.  It’s being developed by Armature Studio, whom previously worked on the Vita version of the Metal Gear Solid HD Collection, and it’ll be hitting at the same time as the console game.

All in all, interesting news. Arkham Origins does seem interesting, but I’m more hyped for Blackgate. Because we need more Metroid type games in our lives…